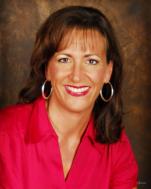 During her career, Redman has prosecuted a wide range of cases, with a special emphasis on violent crimes, including crimes against children. Redman currently serves on the Coordinated Community Response Team for the investigation and prosecution of domestic violence; she teaches legal classes to potential law enforcement officers and has served as an officer for the Bryan County Peace Officers Association and is a member of the Bryan and Oklahoma Bar Associations.

In addition to her professional responsibilities, Emily Redman is active in the community, serving on several boards and committees. Redman is currently a Director of the Durant Lions Club, serves as an officer for Chapter G.V. of the P.E.O. sisterhood, was a member of Leadership Durant, Class I and Leadership Oklahoma, Class XXI. Redman is also very active in her church, First Christian Church (Disciples of Christ) in Durant, serving as a Sunday School teacher for many years, serving as Chairperson of the Mothers Day Out Program committee, as Moderator of the Board, and more recently, as an Elder.

Redman has lived most of her life in Durant, graduating from Durant Public Schools, Southeastern Oklahoma State University and the University of Oklahoma School of Law. She currently resides in Durant with her husband, John Redman, a Rural Development Specialist for the U.S. Department of Agriculture, and their two sons, A.J. and Walker.

Greg Jenkins is a 1988 graduate of the University of Oklahoma College of Law and has served as an Assistant District Attorney in the 19th District for 20 years; Mr. Jenkins served as the First Assistant District Attorney for 8 years of such period. Mr. Jenkins is licensed before the U.S. Court of Appeals for the 5th Circuit and the 10th Circuit as well as the United States District Courts for the Eastern and Western Districts of Oklahoma. Mr. Jenkins was appointed by the Oklahoma Court of Criminal Appeals to serve on such Court’s Committee for Uniform Jury Instructions to establish uniform criminal jury instructions to use in criminal trials throughout the state and Mr. Jenkins still serves on such Committee.

Julie Cuesta-Naifeh has been an Assistant District Attorney since 2002 and before that was in private practice in Durant. Naifeh serves on the Board of Directors of the Crisis Control Center, serves on the board of the Safe Schools / Healthy Students program, serves as the alumni advisor for Sigma Sigma Sigma and teaches CLEET courses for reserve officer training. 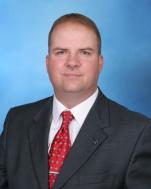 Notwithstanding his time as a student at Southeastern Oklahoma State University and at the University of Oklahoma College of Law, Mr. Harbuck is a lifetime resident of Atoka County. In addition to his duties as an Assistant District Attorney, he is also active in his community of Atoka, where he resides with his wife Sherry, and Son Carson. Mr. Harbuck is a member of the Atoka County chapter of the Lion's Club. Preston and his family enjoy attending Cornerstone Church in Atoka.

Tim Webster was appointed as Assistant District Attorney in 2003 and before that was in private practice for many years in Durant. Webster serves as an Assistant Scoutmaster for Troop 618 Durant, serves as alumni advisor for Sigma Tau Gamma, teaches CLEET courses for reserve officer training and is an Elder and Choir Director at his church. Webster previously served on the Robert L. Williams Public Library Board for 16 years and was a member of the Bryan County United Way Board of Directors.

All of our attorneys are available to speak to schools, civic clubs and other organizations upon request.